The terrain on the Appalachian Trail is constantly changing. Yesterday the day started with a dirt path, which evolved into pine needles, 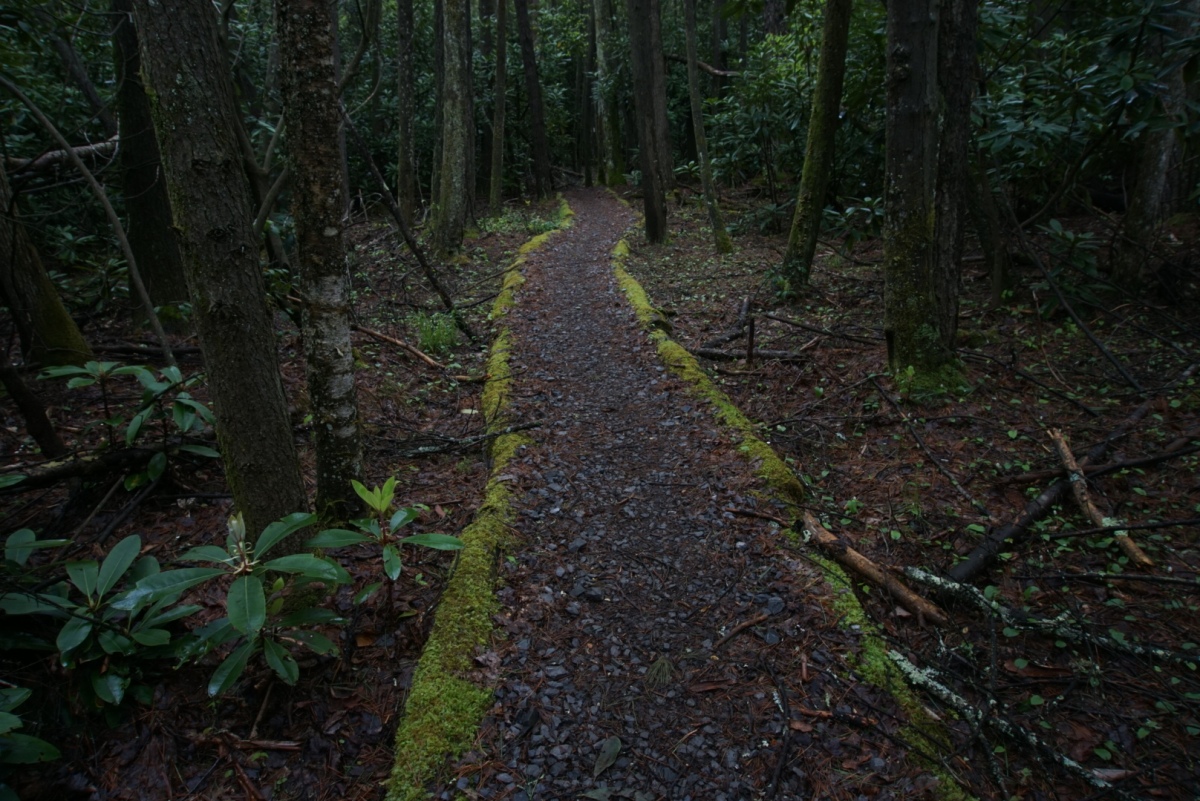 which evolved into roots,

which evolved into rocks,

which evolved into gravel,

which evolved into a tar road,

which led us to our motel room at Howard Johnson in Daleville, VA. With all those changes came constant elevation changes as well. No matter how hard I try to prepare for these changes of the trail, I am never prepared AT ALL when they actually happen.

The same can be said about changes happening in one’s tramily  (trail family). There is the knowledge that hikers will come and go. I had experienced this when my cousin went home in Franklin, NC. last year. This year Whatever Works

decided to join me. Neither one had long distant hiking experience, but they were willing to give it a try. We also had Spirit,

a friend and trail mentor who I had met in the Smokies last year. She was willing to join us for a section to help us along. So even though I  had anticipated our group changing with someone at some time leaving the group, it was an unpleasant surprise when it actually happened. It was like my equilibrium was off balance. Spirit had to go home for a family emergency from Marion, NC.

High Top and his dog MoMo

had joined us at some point earlier and also talked of leaving for Trail Days in Damascus, VA. So, at Atkins, VA we said goodbye to him.

These changes left us all with a sense of loss, maybe even fear. The biggest question for me was could the remaining tramily continue without the support of the ones that left.We continued on our way and at Woods Hole Hostel another in our party talked of going home.

Then High Top and MoMo returned at Pearisburg, VA and Spirit also. It seemed like maybe the group would be okay.  This was not to be. Expectations, miscommunication and personality differences worked into the tramilies disintegration. It wasn’t fun or pleasant and there was a lot of emotion. The sense of having lost something precious was almost deafening. Did I  play a part in it? Yes. Was I the only one? I can only claim my part. Lambo and Whatever Works left the trail and flew home.

The only way I  knew how to handle it was to hike. Spirit and I headed north on the trail. To say the trail’s terrain  was hard was one thing, but the mental trail for me was immense.

More change is in my future. Spirit and will head in different directions in less than 300 miles. I will be faced once again with finding my way alone on the trail. Hard to imagine when I  hear about there being 6,000 hikers on the ATC registry for 2016. I’m sure I will meet a few hikers to go through the upper states with as well as meeting up with a few hikers I met last year.

No one said change was easy, but it is necessary for us and for those we love. All we can hope, is that we become better people through it’s messy process.

2 thoughts on “And Then There Was…”